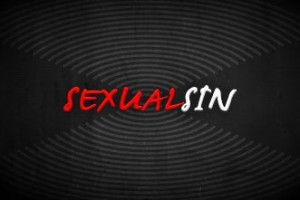 Within society we see that remaining in a state of purity is not something that is very common or popular. Society has led many to believe that it’s totally okay to push the boundary lines of sex, as long as you just try your best not to do the full blown act of sexual intercourse. Society also says that it’s okay to think as many sexual thoughts as you want, to have oral sex, masturbate, watch pornography, mess around with your boyfriend or girlfriend, email or text someone sexual words and pictures, flirt and hint sexual innuendos with your co-worker because as long as you’re not having full blown “sexual intercourse”, God’s okay with that. (totally FALSE) Society also says that it’s ok do whatever sexual thing you want with your boyfriend or girlfriend because you “so-call love” that person. Society says, it’s ok to have one night stands and random sex with people since there’s no deep emotional connection to them. Because according to the world…. “It’s just sex, it’s no big deal.” But what does God’s word say? What does GOD say about sexual immorality and purity?

“Flee fornication. Every sin that a man doeth is without the body; but he that committeth fornication sinneth against his own body.” -1 Corinthians 6:18

God has set boundaries for sex. His word is very clear that any form of sexual immorality is sin, and that sin is displeasing to Him. God doesn’t just set boundaries on the physical acts of sexually immorality, He also deals with the mental sin of sexual immorality (lust). You see… God goes deeper than just our surface level! He goes all the way to our hearts. He wants us to see it’s just as equally wrong to think sinful sexual thoughts and push the boundary lines of sex as it is to physically have sexual intercourse with someone who is not your spouse. The word “sexual immorality” includes ALL those things of the sexual nature that are wrong before the Lord. Yes these include things such as  masturbation, pornography, and participating in sexting, oral sex, and fondling with someone who is not your spouse. All those things DO NOT glorify God and are sinful in His sight. 1 Corinthians 6:12-17 helps us better understand the concept of sexual immorality.

“The body is not meant for sexual immorality, but for the Lord and the Lord for the body. By his power god raised the Lord from the dead, and he will raise us also. Do you not know that your bodies are members of Christ himself? Shall I then take the members of Christ and unite them with a prostitute? Never! Do you not know that he who unites himself with a prostitute is one with her in body? For it is said, “The two will become one flesh.” But he who unites himself with the Lord is one with him in spirit.”

You see, God wants His children to stay in a state of purity before Him…purity in mind, body, and soul. He wants us to be united in Him and as a result live a life that brings glory and honor to Him. If we continue in a life-style of sexual immorality we are NOT considered pure before the Lord and if we die in that state we cannot inherit heaven.

THE HEART OF SEXUAL IMMORALITY

God also goes as far to help us see that just because we may have kept our “physical state pure” and are “physical virgins” does NOT mean we get a gold star or that we’re definitely pure. God is all about the heart and this concept is seen throughout the whole bible. You can be just as disqualified as someone who goes around sleeping with whomever they choose, if you are going around sleeping with whomever you choose within your mind and pushing the bounding lines of sex. Sexual thoughts, pornography, and sexual fantasies are just as sinful as the physical act of having sex outside of marriage. To God any form of sexual immorality is sin to Him. With that being said, we must realize that everything starts in the heart. If we want to be pure before the Lord we must first start with the purity of heart (mind) which will then lead us to purity in the physical state. God wants us to see that He is not JUST interested in us remaining “physically pure” but most importantly keeping our hearts pure before Him. He knows  what is within our hearts even when other people don’t know. The bible states,

“I the LORD search the heart and examine the mind, to reward each person according to their conduct, according to what their deeds deserve.” -Jeremiah 17:10

Matthew 5:28 also helps us see that if a man commits adultery within his heart, to God it is just the same as he or she physically committing the act. God not only judges us by our actions alone but the thoughts of our hearts.

“But I tell you that anyone who looks at a woman lustfully has already committed adultery with her in his heart.” -Matt. 5:28

We must NEVER underestimate the power of our hearts (minds). God wants us to stay pure not just in the body, but in the mind and in the soul. It doesn’t matter what society says about sex. God has the final say. What He says is what should direct our lives. Be encouraged!

Confessions of a Christian Virgin Pt1

Confessions of a Christian Virgin "My Struggle" Pt 3

Thank you very much! 🙂

Great work Ashley! I have passed your blog on to other individuals in my family and ask that they go read it and understand what God has for us if we continue to live for him and give our lives over to him. My sister in law says that this is good for her and her teen daughter. I also speak with my nieces on the subjects that you discuss to get their opinions and to see where their minds stands on these issues and we have discussions about it. So again thanks and may God continues to bless you to do his “will”. Amen!

I love seeing that people in the world still care about what God has to say on this topic, even if it may be wholly unpopular. I’m currently working on a book about this very subject, that I hope to publish, and have been perusing blog posts like this today to see how the world views it. Keep up what you’re doing.

Thank you so much! I appreciate your kind words. It’s so encouraging to know there are others like you striving to live for God. I too myself aspire to write books one day! I truly believe writing is a gift that God gives in order to impact the hearts of the world. I hope your writing journey continues to blossom! God bless and thanks again!

True talk that help in enhancing our mindset